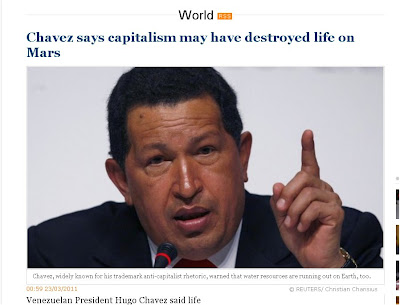 "I've always said that it would not be surprising to find out that a civilization existed on Mars, but capitalism got there and finished the planet off," the Venezuelan leader said in his speech on the occasion of the World Water Day.

Chavez, widely known for his trademark anti-capitalist rhetoric, warned that water resources are running out on Earth, too.