A voir aussi: The convoy of no confidence is amassing towards Canberra.
.
Eingestellt von FlatCat um 12:41 6 commentaires: 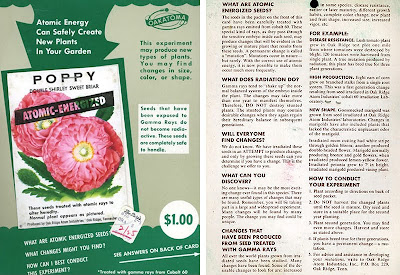 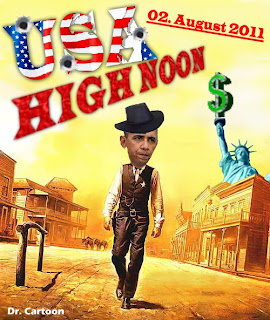 The list of institutions that received the most money from the Federal Reserve can be found on page 131 of the GAO Audit and are as follows..

Truth is elusive. But it's a good thing we have math.

Our friends at Business Insider know this, and put those two principles to work today in this excellent and highly informative little slideshow, made even more timely by the ongoing talks in Washington, D.C. aimed at staving off a U.S. debt default.

Many people — politicians and pundits alike — prattle on that China and, to a lesser extent Japan, own most of America's $14.3 trillion in government debt.

But there's one little problem with that conventional wisdom: it's just not true. While the Chinese, Japanese and plenty of other foreigners own substantial amounts, it's really Americans who hold most of America's debt.

Here's a quick and fascinating breakdown by total amount held and percentage of total U.S. debt, according to Business Insider:

For a smart take on how President Obama and http://www.blogger.com/img/blank.gifHouse Republicans should end gridlock over debt and deficits, see our new GlobalPost series The Negotiator, which features Wharton's negotiation guru Stuart Diamond.

And to bone up on China's debt — another potentially big global economic headache — check out this interview with brainy-yet-coherent Northwestern University economist Victor Shih, who spoke with GlobalPost's David Case.

Things are getting real. After all the bluffing, huffing and puffing by Geithner, the rating agencies, and anything with a pulse and a TV or radio pulpit has failed, the last trump card is coming down. While yesterday the Treasury informed that it would not disclose any details of its contingency plan, Bloomberg has just learned via a Treasury leak that the US government will give priority to bondholders. From Bloomberg: "The U.S. Treasury will give priority to making interest payments to holders of government bonds when due if lawmakers fail to reach an agreement to raise the debt ceiling, according to an administration official. The official requested anonymity because no announcement has been made. The Treasury has said about $90b in debt matures on Aug. 4 and more than $30b in interest comes due Aug. 15. Overall, more than $500b matures in August." And so it begins: while the Treasury has not yet pushed the big red flashing button, this leak is nothing but it latest and greatest bluff. It also means that America will, indeed default, next week, as the absence of a contractual payment is a default. And then we get into the fine print with the rating agencies whether or not X is default but Y is not. At that point however it won't matter: every form of intermarket liquidity will be permanently gone as Lehman will be a cherished walk in the park. Thank you Tim Geithner and your total lack of contingency plans.
ZeroHedge 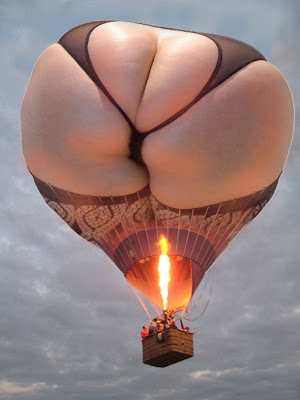 US money market funds have sharply cut their exposure to banks in the eurozone over the past few weeks and reduced the availability of credit, even in stronger countries such as France.

The money market funds, historically crucial providers of short term financing to European banks, have withdrawn from all but extremely short-term lending as concerns about sovereign debt have mounted.

While the agreement of a second bail-out deal for Greece might ease nerves, the funds are also stockpiling cash in case US politicians fail to raise the federal debt ceiling, prompting withdrawals from investors.

One French financier said: “Up to mid-June, getting three, six or nine-month money was not that difficult.

“But now, getting one-week or one-month money is about all we can manage”.

People on both sides of financing French banks say the cost of debt has not changed substantially but rather the availability has diminished and money market funds preferring to lend overnight.

Money market lending to Spanish and Italian banks has virtually ceased in the past month as sovereign debt worries have spread to Europe’s larger economies, reported the head of one money market business.

At the end of June, banks in the two countries had accounted for 0.8 per cent of the $1,570bn assets in prime money market funds, calculates Fitch, down from 6.1 per cent in late 2009.

The 10 largest US prime money market funds reduced their total exposure to European banks by 8.7 per cent on a dollar basis in June, according to the rating agency.
(Financial Times)

Welcome to the new “cloud computing” informational portal supporting Masonic Safety Identification Programs conducted independently at differing levels of activity by over (35) Grand Lodges of Masons in North America. It is managed by the Directors of MasoniCHIP International a 501 (c)(3) non-profit public foundation of the Conference of Grand Master of Masons in North America.

Our goal is to put the tools and information in the hands of our volunteers to cost effectively manage our public service initiatives 24/7. What you see on this public website is but the tip of the iceberg, the hub and instructional tool to expose all to the benefits of employing a totally "on-line" web server system to manage a MasoniCHIP initiative. Currently (9) Grand Lodges are collaborating to share technology and development costs of operation on a common server platform with "open source" server-based products from around the globe... yet each individually customizes and is in control of their own database driven communication tool to make of what they will. Collaboration allows us to continually upgrade our technology to benefit all in this ever expanding information age.

Elenin is a very dangerous cosmic object. Sometimes we need to watch what an object does as well as watching the object while looking for clues. Elenin is not visible to the naked eye, but does appear to have an EM effect on our solar system at distances of 14+ AUs. Elenin is also dangerous because it is a long period (10000+ years) comet whose tail the Earth passes through. Comets are not balls of ice and dust like Nasa states. Nasa will not release this information because there is absolutely nothing anyone can do about it except panic. Sit back and enjoy the ride and be thankful to be alive in this time to bear witness to this event.[...]

Israel: Noeway inciting against us

NORWAY: SOCIALIST LEFT PARTY TO VOTE ON MOTION CALLING FOR BOMBING ISRAEL IF IT ACTS AGAINST HAMAS IN GAZA Europenews

FLASHBACK: Stockholm blast has all the hallmarks of a Mossad Hit 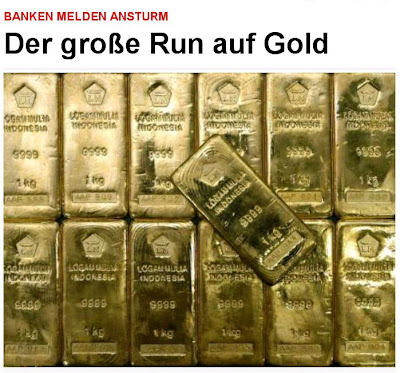 The True Elephant In The Room Appears: Trillions In Commercial And Industrial Loans To Europe's Insolvent Countries
Idem

With the market's attention over the past year exclusively focused on bank holdings of insolvent European sovereign debt, which as is now well known had been declining for months, many if not all forgot that banks also have credit exposure via far simpler conduits: retail and commercial debt. And as an analysis of the full disclosure in the EBA's second stress test exposes, banks are on the hook for literally trillions in various plain-vanilla commercial and retail loans to individuals and businesses. WSJ's David Enrich summarizes it best: "Friday's test results shed light on another potential problem for Europe's banks: huge piles of residential mortgages, small-business loans, corporate debt and commercial real-estate loans to institutions and individuals from ailing countries. As those economies struggle, the odds of rising defaults grow." Oops. 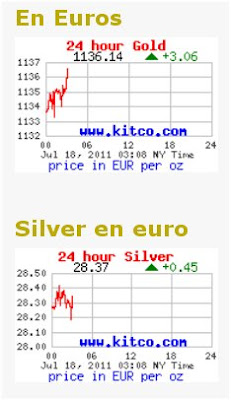 .
"According to data published by the United States Department of Veterans Affairs, the number of US veterans, homeless on any given night as of June this year, stands at a staggering 75,700, a Press TV correspondent reported Friday." source 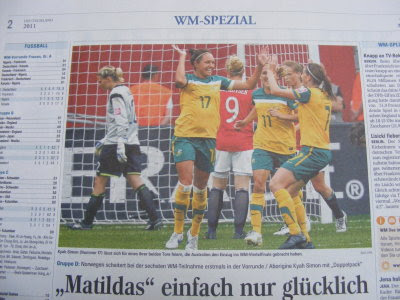 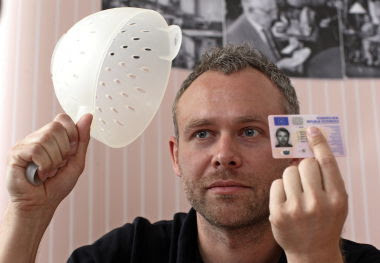 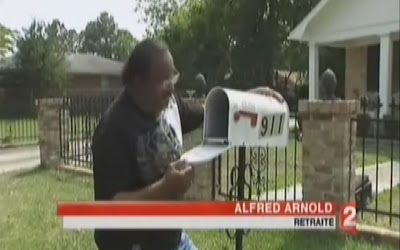 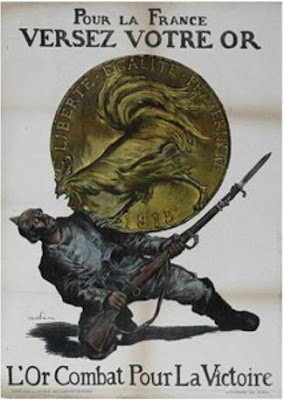 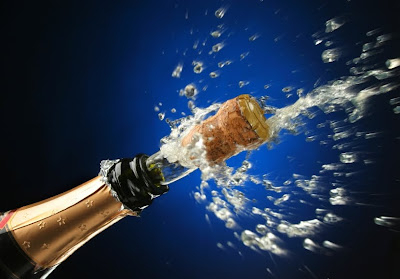 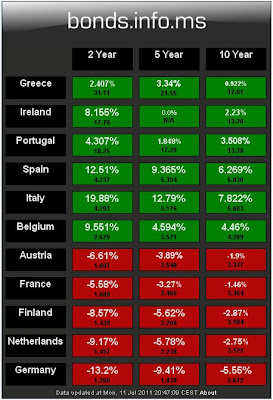 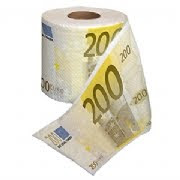 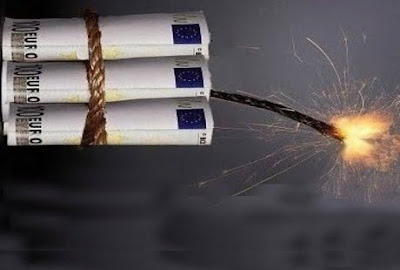 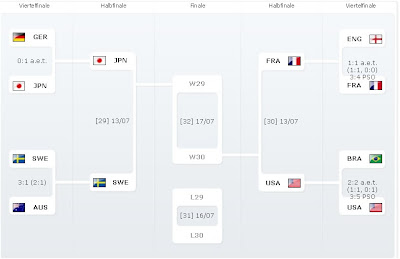 Cymatics - Bringing Matter To Life With Sound (Part 1 of 3)

@ Fools Garden: Thanx for following on Twitter and first and foremost thanx for the music!!! 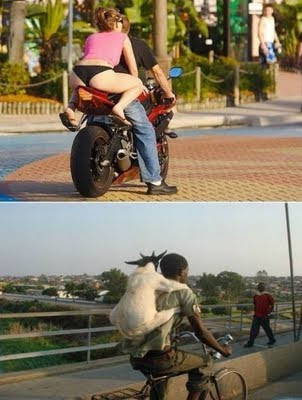 The magic button — Make Everything OK 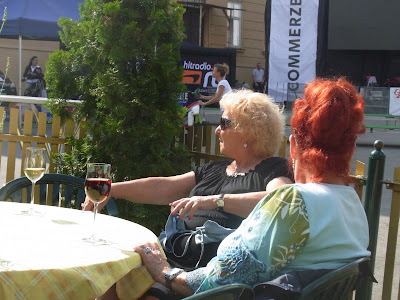 
Marc Vella, In Praise of the False Note... von scienceparallele