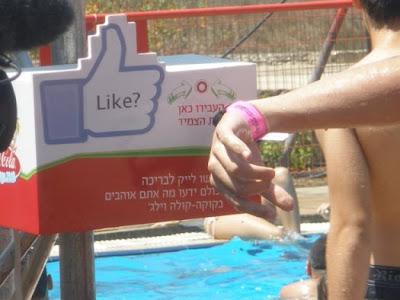 Visitors at the Coca Cola Village Amusement Park in Israel got a taste of Facebook in the real world when they were handed RFID-enabled Facebook bracelets. These bracelets allowed people to login into their Facebook accounts and then “like” the various attractions and recreational activities in the amusement park that would show up on their Facebook profiles. And since “tagging” is a big feature in Facebook, all the visitors had to do was flash their bracelets when the resident photographer takes their photo which would auto-tag them in the uploaded image on Facebook.