Huge asteroid will hit Antarctica in 2012

University of British Columbia Professor published an online article that projected an 800m asteroid would hit Antarctica in the fall of 2012. His article was on the www.phas.ubc.ca website for 2 days before it abruptly disappeared. The initial data was gathered by The Balloon-borne Large-Aperture Submillimeter Telescope (BLAST) at McMurdo Station, Antarctica. The theorized asteroid was then tracked by Canada-France-Hawaii Telescope on Mauna Kea, which (with the Adaptive Optics Bonnette) supplies probably the sharpest images currently obtainable from the ground.

One week after this mysterious article disappeared, “Canadian and American astronauts say the world needs to prepare for the big one — the asteroid impact that could one day devastate the Earth.Veteran Canadian astronaut Chris Hadfield is president of the Association of Space Explorers, which has prepared a detailed report on the asteroid threat. The Canadian Space Agency intends to launch NEOSSat next March to look for asteroids that may be hiding near the sun. The $15-million suitcase-sized satellite will circle about 700 kilometres above the Earth. A Canadian Space Agency official says NEOSSat is expected to detect hundreds of new asteroids during its first year of operation. It will also monitor the heavy traffic of satellites now orbiting the Earth to try to prevent possible collisions.” Link

The article hypothesized a 94% probability that the asteroid would impact on the Filchner-Ronne ice shelf and cause 2/3 of ice on Antarctica to crumble into sea. The article surmised the total collapse of all Antarctic ice within 2-4 months after impact. “A deep enough impact would crack the ice shelf like a window and total structural collapse would be inevitable, a few months at the outside.”

If the ice on Antarctica was added the the world’s ocean it would raise them by 70 meters.

Canadian and American astronauts say the world needs to prepare for the big one -- the asteroid impact that could one day devastate the Earth. CTV News, 5 septembre 2010 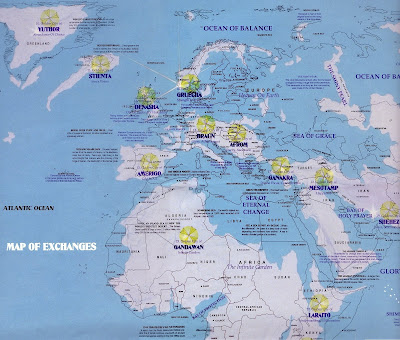